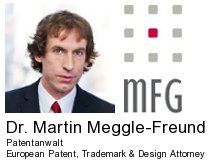 According to the case law of the boards of appeal, inventiveness can sometimes be established by demonstrating that a known prejudice, i.e. a widely held but incorrect opinion of a technical fact, has been overcome.1)

In such cases, the burden is on the patentee (or patent applicant) to demonstrate, for example by reference to suitable technical literature, that the alleged prejudice really existed.2)

A prejudice in any particular field relates to an opinion or preconceived idea widely or universally held by experts in that field. The existence of such prejudice is normally demonstrated by reference to the literature or to encyclopaedias published before the priority date. The prejudice must have existed at the priority date, any prejudice which might have developed later is of no concern in the judgment of inventive step.3)

Generally speaking, prejudice cannot be demonstrated by a statement in a single patent specification, since the technical information in a patent specification or scientific article might be based on special premises or on the personal view of the author. However, this principle does not apply to explanations in a standard work or textbook representing common expert knowledge in the field concerned.4)